Lessons From The 2019 CFG Clean Ladder

Here is a fun bit of learning and observation from the weightlifting event at the 2019 Reebok CrossFit Games. The event was basically a faceoff, where the athletes took turn to clean heavier and heavier weights, until only one athlete remained. If two or more athletes failed on the same weight, those athletes were then to battle seeing who could perform 5 cleans at a submaximal weight the fastest.

Lesson 1 – The second attempt is a no-go

Every single time an athlete failed a heavy attempt, one that was truly heavy for them and not just a fail via technical error, they could not complete a second attempt. This is something all weightlifters know, but in the CrossFit community it has become commonplace to cheer even louder on each other in order to ‘try again’ right away at that same heavy weight. Statistically speaking though, no one completed their second try, despite psyching up. So actually the second attempt does nothing but further drain your reserves, digging deeper into adrenalin mode, without you getting a successful lift. This means it potentially tires you out for events to come, and also comes with an increased risk of injury since you are trying to basically make your 1RM or above your (in that moment) 1RM into a 2RM. Don’t think you are superman, you are not different than the TOP fittest athletes in the world. You will not complete your second attempt, so don’t take the risk. Even if there is a miniscule chance, it is not worth the drain and the risk. On 1RMs, you have 1 attempt, not two, no matter what the crowd wants you to believe.

Lesson 2 – There is no such thing as ‘too strong’ for CrossFit.

I often hear CrossFit athletes bitch and moan about needing more cardio and that they are too strong. Interestingly enough, the strongest male on the clean event was Mat Fraser, who also happened to win the mens division, and the strongest female was Tia-Clair Toomey, who also happened to become the fittest woman on earth. Enough said. Physiologically speaking, strength is the mother of all qualities, and there is no such thing as having strength-endurance without having strength. That being said there is such a thing as spending too much time or recovery ability on strength work, as opposed to skill work or cardio, but there is no such thing as being too strong. 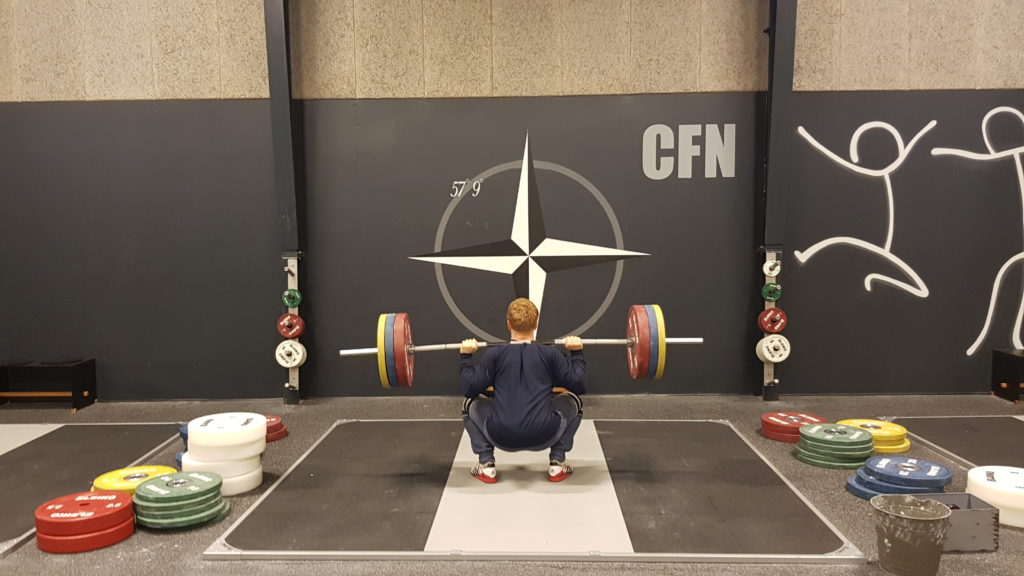 After both completing the 104kg clean and failing at 106kg, Katrin Davidsdottir and Anna Fragkou had to complete 5 reps at 88kg as fast as possible. Basically both women repped the 5 reps pretty much without issue, although Fragkou was slightly faster. So basically both women just repped 5 reps at 85% of their max, relatively easily, which in the clean of all exercises is quite impressive. Many weightlifters would definitely struggle to complete 5 reps at 85%, or at least be a lot more challenged than these two girls. Since CrossFit is often about strength-endurance, meaning the ability to have endurance with relatively heavy weights, improving that quality is of prime importance. For both of these two girls, it seemed like they had at least 1-2 reps more in the tank, for Fragkou maybe even more. In that case your relative strength-endurance can be considered maxed out, and the only way to have better endurance on heavier weights would be to get stronger, thus improving the absolute strength making the heavier weights feel lighter. On the other hand if a weightlifter female of the same stature has a max of 130kg clean, but struggles to complete 3-5 reps at 85%, which would not be uncommon, they may need to work on their conditioning and relative strength endurance.

As a side note to this, another great example is the males Gudmundsson and Mundwiler. They both ended up facing off at about 81% of their max, not having any issues repping the weight. Mundwiler was faster, since he power cleaned all the reps, whereas BKG did squat cleans. So, if your max strength is where it needs to be, and your strength-endurance is where it needs to be, you may want to make sure that your power clean is up to speed in relationship to your squat clean, if you want to be fast on those “medium-heavy” weights.

Make more progress in your training, with Next Level Program